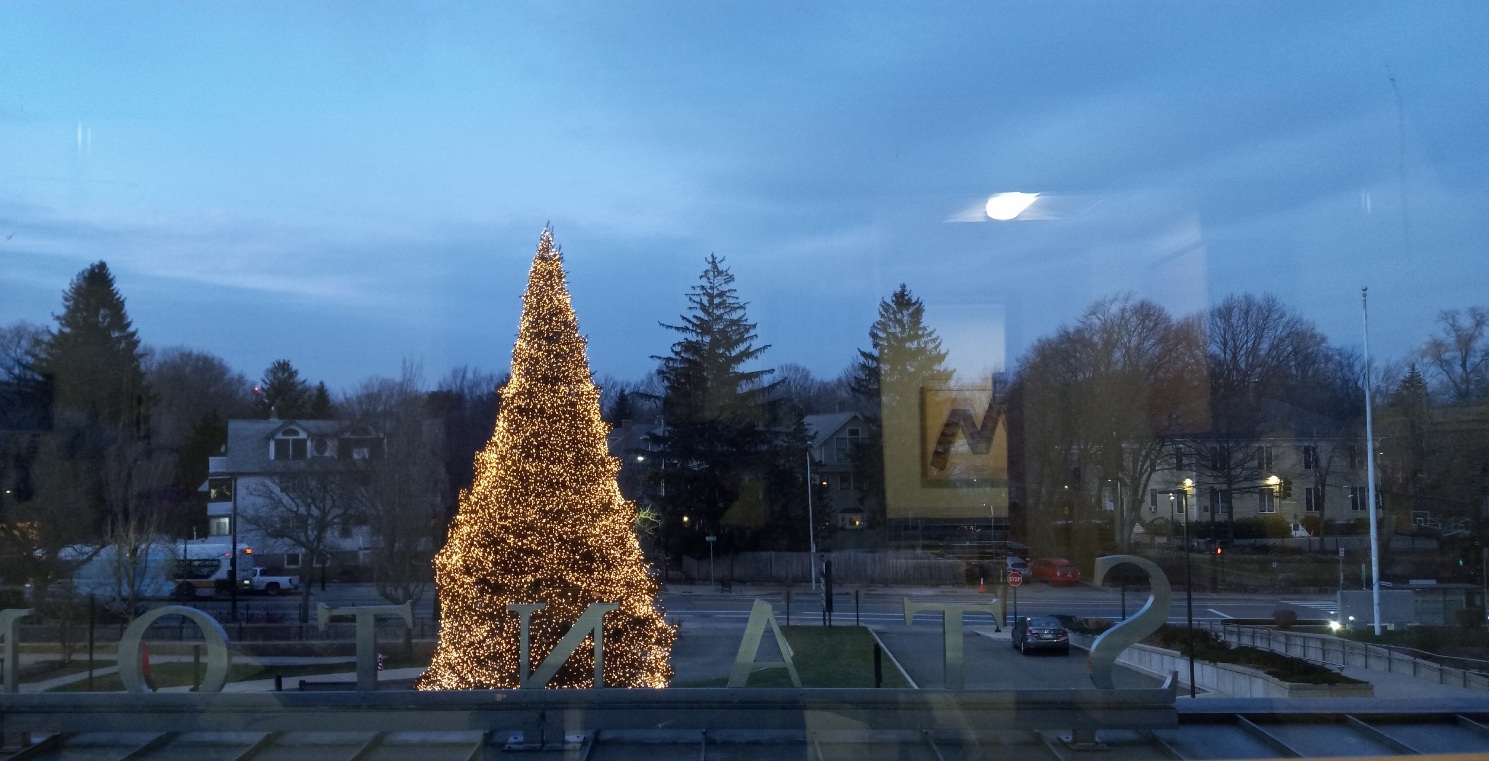 Wringing Out the Old Year (Newsletter)

Light rain has fallen all day here in 01754 as I write this. More is forecast, and the sun might not come out for the next four days. Once upon a time it would have been snow. I guess I’m thankful for that, as I don’t feel up to shoveling right now.

I hit the Holidaze with a bowel disorder, bookended by Covid—first my wife’s and then mine. When she got it a few days before Christmas, it didn’t lay her entirely low, but it did a number on her travel plans. She had to cancel her flight to Turkey, where she wanted to usher in 2023 with her family, and had to settle for Skyping.

Somehow I avoided picking up her ailment for two weeks, but on New Years Day I tested positive at home. That was weird, because I didn’t feel sick, and still don’t. Not so peppy, but that’s a small price to pay for the honor. Maybe my three boosters helped.

The worst part of this aborted season was spending Christmas in hospital. Not for Covid but thanks to an unheralded episode of bloody poop, subsequently diagnosed as the wages of diverticulosis, another ailment I didn’t know I had. I lay the incident to all the popcorn I consumed at a screening of Avatar coursing through my gut, but it must have other antecedents. Regardless, by the second day it had gone away without any pain, discomfort, or medical intervention, and I managed to wrangle my way out of the facility by late afternoon on the 26th.

Already, my incarceration had become a bore. Besides reading a book I didn’t want to finish (more about it below), there was nothing much to do when I wasn’t wandering the halls inspecting the artwork on display or chatting with my bloodletters, and so I let my TV play episodes of The French Chef  to usher in sleep. Now and then I typed a running narrative of my hospitalization into my phone. In more detail than anyone needs to know, it chronicles my thoughts on mortality and recounts my regimen of blood tests, checks on my vital signs every four hours, visits by specialists, nurses, and other personnel, and the fabulous food (clear liquids only).

Now that it’s behind me I feel blessed. Things could have been worse. All my caregivers were super nice. I did not feel neglected on Christmas, receiving far more solicitous attention than I would have at home. And when I got there, my wife and daughter showered me with gifts and leftovers of Peking Duck they’d prepared in my absence. I have much to be grateful for as 2023 launches and hope it puts a spring in your step too.

What I Was Reading

About that book I didn’t want to finish: It’s a look into the future called The Wakeful Wanderer’s Guide to New New England, a 2018 novel by Jim Infantino. He’s a Boston-based musician who fronts and writes most of the material for the band Jim’s Big Ego. I bought a hard copy online from his site after noting a Black Friday special he hawked on Twitter. I took my time finishing it not because it’s bad or boring, but because it’s full of provocative speculative thinking that I needed time to ingest, a savory complement to my insipid hospital diet of clear liquids.

The Guide chronicles the adventures of Marto, a traveling storyteller making his way through 22nd- or 23rd-century New England on a powered unicycle. His entries are interspersed within text by an unnamed narrator following Marto and other characters through post-apocalyptic settlements in the northeast a dozen or so decades after “The Tide” inundated coastal cities, inciting mass migrations inland and the collapse of governments and global capitalism. Now the former US is a federated patchwork of tribes of two sorts: Luddite Traditionalists who cling to the old ethos of money and power, organized as fiefdoms; and the “Interconnected,” people sporting bionic “implants” that enable them to wordlessly “thext” their thoughts and documents to local and far-flung networked peers. [“Do you read me?”] They have evolved an economy built not on accumulated wealth, but based on personal “Merit,” essentially Brownie Points awarded by the Algorithm running the network to individuals for generous good works that benefit their communities.

What’s new about the New England locations Marto visits is the relative isolation of interconnected settlements and those of Traditionalists, former elites who have built mansions in their power bases and incite their minions to raid and subjugate Interconnected communities, whom they deride as “xombies” for their telepathic implants and do-gooder lifestyle.

Now, I’m not a sci-fi fan. The effort to conceptualize creepy alien worlds and my questioning of their premises gets in the way of enjoying a story. But, given the extreme circumstances giving rise to it, the world Infantino has built is at least vaguely possible. The Wakeful Wanderer’s Guide engagingly renders the functioning and merits of Merit as an altruistic alternative to money, predatory commodification, and winner-take-all capitalism. Not bad for a debut novel by a pop musician.

There are downsides. Eventually, Marto comes to realize that Merit is just a game, as was the capitalist system:

With the advent of virtual immersive games and social networks … the idea that everything was a game began to take subtle hold in a way that no longer seemed ironic. … What was once seen as a solid rock necessity for the civilized world gradually came to be regarded as just another game. … Our current  game of status and Merit is one alternative. No doubt, if we tired of this game, we would make up another to replace it. ~ The Wakeful Wanderer’s Guide, Vol. 6, line 726

You see, while the Interconnected communities are self-administered by consensus, Merit is administered by the Algorithm, which evolves beyond any one person’s understanding of its workings, an awareness that begins to gnaw at Marto that it too could devolve to class exploitation if not well regulated. In other words, their happy Interconnected ecosystem could be hacked by those in possession of great Merit. We’ve been there before.

Being sort of a geographer, I’ve enjoyed reading the Guide for its updated descriptions of real places in New England and the Hudson Valley (most with updated names, like “Cos” for Cos Cob, CT, west of “Yale Haven,” and “Reverside,” Tarrytown NY, perhaps), and the various ways they have been rebirthed by their inhabitants with clean energy, humane animal husbandry, “vertical farming,” and more, enabled by a variety of nanotech robotic devices. (No cell phones, thankfully, as thexting has obsoleted both them and avaricious social media platforms.)

Like most speculative fiction, reading the Guide requires some suspension of disbelief—such as not asking how the Interconnected source raw materials for the groovy technologies that support their DIY economy and laid-back localities. But the vision of a quasi-utopian post-apocalyptic society that Jim Infantino advances (soon to be elaborated in a sequel) seems to summon a better crop of angels than most futuristic novels posit. Whether you’re a local or not, taking a leisurely tour of New New England with Marto—with many stops for tea—might alleviate your pessimism. Or reinforce it. It’s up to you.