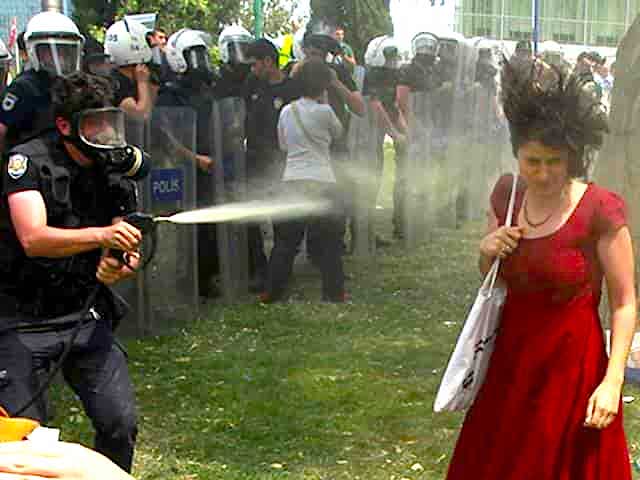 Because I am an American married to a Turk and have written about her country in memoirs and a novel, I tend to gravitate to novels by Americans that are set in that big, messy, volatile country that’s hard for outsiders to get their heads around. Even though it has been a liberal democracy almost a century, modernity still clashes with tradition, poverty mushrooms in the dark shadows of wealth, and as in many countries of late—sadly including mine—its politics have grown distinctly illiberal. As one of Elliot Ackerman’s characters cynically remarks, “There is no Turkey, only Turkish elites.”

Though my good wife has patiently shepherded me through her country from Istanbul to Cappadocia to Antalya and Ankara, I have not set foot there for at least five years. Instead, I do so vicariously, on Skype, online Maps, media websites, and in the pages of novels.

My last fictive passage to Turkey came via the pages of August Thomas’s Liar’s Candle, a spy thriller set in contemporary Ankara, Istanbul, and the Eastern city of Mardin, with transatlantic teleportation to Langley, Virginia. Thomas is a young American author who was schooled in Turkey, learned to speak its language, loved it for its food and hospitality, and hated it for the autocracy it has become. Her debut novel serves up forceful, vivid prose liberally spiced with Turkish words and phrases, food, and politics. The politics are especially merciless; from CIA inner sanctums to diplomatic outposts to Turkey’s Presidential Palace, powerful figures act as despicably as one might expect in any political thriller, with President Palamut standing in for Dictator-for-Life Recep Tayyip Erdoğan.

Penny Kessler, Liar’s Candle‘s protagonist, is a young intern at the US Embassy in Ankara. At an Independence Day reception there, a bomb decimates its courtyard, landing her in the hospital. An iconic photograph of her dragging an American flag just awarded to her through the smoke and rubble has gone viral, and even as she lies in hospital she’s beset by impudent operatives who believe she holds the key to the bombing’s perpetrator, The clandestine agencies of both governments want to know what she knows, and after she escapes from captivity in Palamut’s palace, both sides decide she is better off dead.

Red Dress in Black and White is Elliot Ackerman’s fourth novel; Liar’s Candle is Thomas’s first. Ackerman, an acclaimed author and National Book Award nominee is a very different stylist from Thomas; he in the vein of John le Carré while her work updates Helen MacInnes and Robert Ludlum from a feminist perspective. Nevertheless, the two novels have curious parallels. They feature two quite similar protagonists, both American women on the national security career ladder. Oddly, Ackerman’s is named Kristin; Thomas’s Christina. Both are hard-boiled operatives who grease sources and deftly manipulate events, Christina from CIA headquarters and Kristin from the US Consulate in Istanbul where she serves as its “ Cultural Attaché ”.

Another striking resonance involves photography. Red Dress gets its title from an iconic image from the 2013 uprising in Istanbul’s Gezi Park of a woman nicely attired in a red dress receiving a blast of pepper spray as she calmly walks through a police riot as if she’d blundered into it on her way to work. Like the image of Penny in Liar’s Candle, its photographer is anonymous, but in Red Dress a photographer is a central figure in the plot. His name is Peter, and he’s an American trying to make it as an artist in Istanbul, making little headway until Kristin intervenes on his behalf for reasons that only become clear in the final chapter.

In place of Thomas’s young innocent Penny, Red Dress gives us sophisticated Catherine Yaşar, the sexy, spoiled American wife of Murat Yaşar. He’s an influential but currently strapped big-time real estate tycoon who, in Trumpian fashion, inherited his empire from his father. She and the impotent Murat have a seven-year-old named William, adopted as an infant under mysterious circumstances in which Kristin connected the couple to the boy’s father Deniz, another central character. Deniz has rather incredibly emerged from the slums of Istanbul to rise quickly through high-culture ranks to become chief curator at the toney Istanbul Modern Museum, of which Murat is a major benefactor and by consequence Catherine a director.

Half of the book takes place on a Tuesday in 2013, the other half—every other chapter, in fact—delivers backstory, wending its way from 2006 until almost then. Murat, Catherine, Kristin, Peter, and Deniz all know each other or are introduced somewhere along the way. They also tend to ingratiate or indebt one another for motivations Ackerman tends to elucidate by serially entering one character after another’s thought processes at a somewhat dizzying pace. For example, early in Part III (p. 89) we peer inside the two women’s heads in adjacent sentences:

“This was a woman, Kristin thought, whose equilibrium was held in delicate balance. What Kristin didn’t know was that as Catherine thought of Peter, she felt grounded, rooted in a way she hadn’t experienced in the many years since she’d come to this city.”

Some readers might find this roulette of POV difficult to follow, if not swallow. And as easily digested as Ackerman’s spare prose mostly is, they might find the first half of the book, devoted to setting the stage, a bit of a slog,

Having been nonchalantly introduced by Kristin, without much forethought, struggling photographer Peter and emotionally malnourished Catherine soon fall into bed, initiating an affair that Catherine propels by trysting with Peter in his apartment at four in the afternoon several days a week. Their intimate encounters spark her desire to leave Murat and take William with her, and she walks out on him with the boy in the middle of the night, sans luggage and passports. Her hazy plan is to return to the States with Peter and William to start a new, unarticulated life. Her impulsive act inconveniences both Peter and William, vexes Kristin, and incenses Murat, who promptly freezes her credit cards.

The book’s plot is as tightly wound as Murat’s broken white gold Patek Philippe watch. It wanders back and forth across the Bosporus between cosmopolitan and humble settings that are vividly portrayed in sharper focus than Peter’s black and white images tend to have. And while its characters and their motivations feel real, one can’t help but sometimes notice the strings Ackerman pulls to animate them, typically from Kristin’s devious hands.

It is difficult for the reader to find affinity with the lot of them for very long, and most fail to develop in any significant way. Catherine, whose abduction of William sets off the day’s chain of events, seems not to have learned anything from her clumsily executed act with Peter as her unwitting, almost reluctant, accomplice. For his part, Peter is a hapless cipher who repeatedly sails into dire straits. Although likable enough, Deniz (who is William’s biological father) exercises little agency, and the reader obtains little insight into his bivalent sexuality upon which the plot significantly turns. Neither he nor the cold and calculating Kristin, who engineered his sinecure at the museum, seems to have taken any lessons from the churn of events; we feel even less for her than for errant, self-absorbed Catherine.

It is Murat who seems most sympathetic, surprising because his mercenary focus on business deals at the expense of his family has alienated Catherine. He barely spends time with William, and on walks to school quizzes the seven-year-old to estimate how much money buildings they pass by are worth. But we feel his pain as a lover without viable seed whose wife walks out on him, and at least understand his pain when the protracted tumult in Gezi Park sucks the oxygen out of his financing schemes to render his net worth negative, bemoaning that government officials are no longer “reliably corrupt.” And we end up almost admiring him in his levelheaded campaign to keep his nuclear family from fissioning, even at the expense of tattering his dignity.

Trapped by events both historical and of their own devising, instead of growing, the characters consistently play to type. It is a tribute to Ackerman’s craft that his voluptuous descriptions and keen psychological insights trap the reader into wishing to know what happens to people who one would feel scant affection for in real life. The true star of this novel is the metropole itself, Istanbul, which springs to life in black and white photorealism.

Find a review of Liar’s Candle I wrote earlier this year here.

ELLIOT ACKERMAN is a National Book Award finalist, author of the novels Waiting for Eden, Dark at the Crossing, and Green on Blue, and of the nonfiction book Places and Names. His work has appeared in Esquire, The New Yorker, The Atlantic, The New York Times Magazine, and The Best American Short Stories, among other publications. He is both a former White House Fellow and a Marine, and he served five tours of duty in Iraq and Afghanistan, where he received the Silver Star, the Bronze Star for Valor, and the Purple Heart. He divides his time between New York City and Washington, D.C.

AUGUST THOMAS began her first novel, Liar’s Candle, at age twenty-three. Fluent in Turkish, she has traveled and studied in Turkey as the recipient of a Fulbright Scholarship, and holds Master’s degrees from Bogaziçi, Istanbul’s top public university, as well as the University of Edinburgh. She also has two degrees from the University of Massachusetts. A travel writer as well as a novelist, she lives in Massachusetts. You can find her at AugustThomasBooks.com.