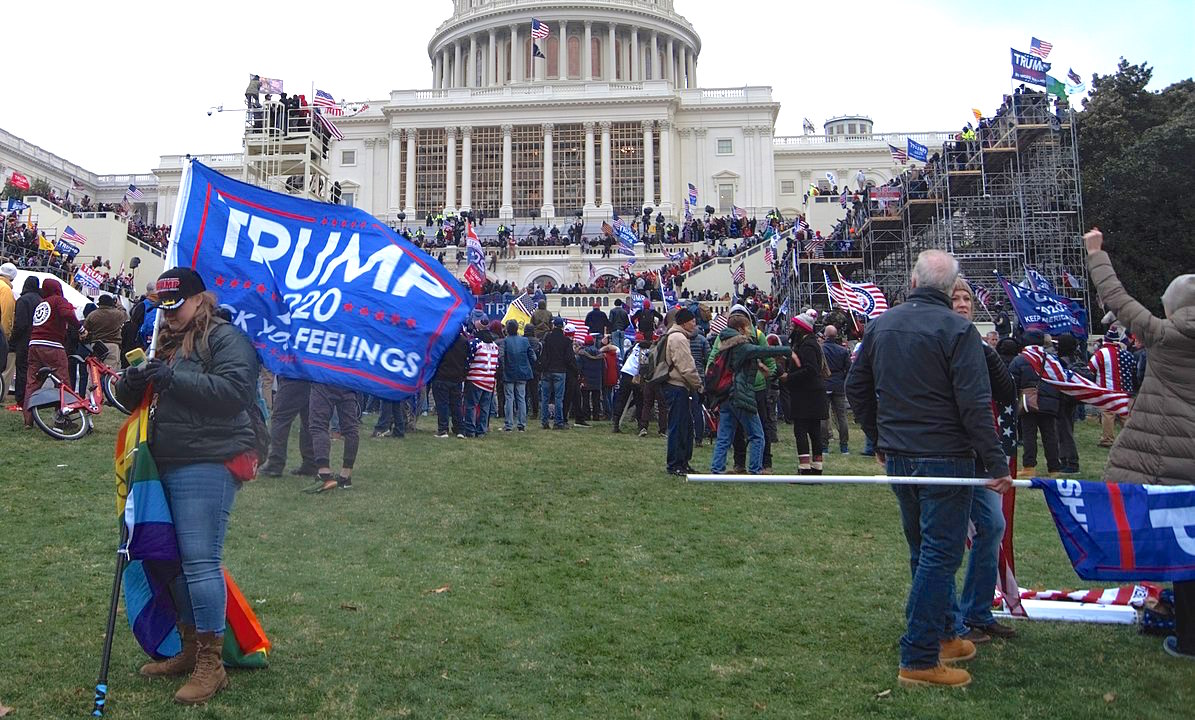 I gave up making predictions of the coming year some time ago when I realized a lot of what I was predicting had already happened. Anyway, it was satire (see Max Entropy Predicts 2016 if you’re curious). One reason I quit was chagrin at failing to see the Coming of Trump and all the corrupt business opportunities it would engender. But Max was pretty on point on about the coming pot boom.

That said, I do have some cautionary thoughts on the future that Max might endorse. They were kindled by the unprecedented attack on the U.S. Capitol building this past January sixth that our fuhrer-in-waiting instigated, in which the mob he egged on took on the Capitol Police and won. Won some over, even.

Part of it was cosplay spurred by indignation and bad information with a racist slant, but among them is a sizable contingent of theology- and ideology-driven folks bent on catalyzing their own special version of “end times,” an effervescent amalgam of fundamentalists, racialists, and individualists. Some of Trump’s more dedicated acolytes call themselves “accelerationalists.” That’s a deconstructionist term of art for fomenting dissatisfaction with the existing order to hasten its creative destruction by exacerbating social conflicts. It has, amazingly, been a banner for neoliberals, neoMarxists, and neoconservatives that the White Power movement also waves. Though each segment defines accelerationalism differently, what seems to bind them is a hatred for moderation, which they say only suppresses legitimate grievances to enforce the status quo. Its glorification of violence against the alleged depravity of the established order and fear of state suppression swell the ranks of private militias.

It appears that many of our compatriots pine for an America that exists more in their imaginations than in its history. That aside, many of them strongly feel (correctly, in my view) that its institutions have been stolen from the people (what else is new?). One needn’t be a conspiracy theorist to advance this notion, though it helps. I find the lot of them worrisome because they tend to be vocally antisocial, dismissive of truth, and take active steps to encourage racial, ethnic, and other social strife—not to mention that a lot of these folks are heavily armed and allergic to compromise.

And so, dismiss the Capitol mob as a bunch of disgruntled know-nothings at your hazard. Calling anti-establishment dissidents who supported Trump “deplorables” may have cost Hillary Clinton the 2016 election. Had she not said that, we might be in a very different place right now. But Trump would still be at large, kicking up trouble.

For all their self-aggrandizement, Hillary’s elites at least were not against social betterment; Trump’s are at best sociopathic in their desire to have it all. Many of Biden’s are like Hillary’s, and include some of the same old neoliberal actors. But at least his rhetoric and appointments to date point toward greater diversity, opportunity, justice, and equality to some extent. Which is exactly what accelerationalists don’t want.

So let’s not make the same mistake Hillary did. Like it or not, Trump has galvanized disgruntled segments of this country to demand change. It may not be the change you wish to see, but their activism may make your kind of change more likely to take place. So let’s try to do that.

I believe, as you may, that life is not a zero-sum game. Everyone can win if they stick with their fair share and seek common ground. The last thing progressives need to do is to badmouth and seek to marginalize as much as one-third of their fellow citizens who are fed up and ardently want political change. Though many of the changes they seek are anathema, like a return to Jim Crow times, open carry, unfettered capitalism, persecution of immigrants, and even apocalypse, they are out there, are hurting, and are unlikely to shut up—especially now that Trump has unleashed them and he and they have two branches of government to demonize.

But something needs to be done about right-wing provocateurs substituting myths for facts on websites, chat rooms, and social media. The accelerationalists among them will continue to kiss off as lies attempts to fact-check them to further their agenda of pitting people against one another. Regardless, we need to call them out as the disease vectors they are and inoculate vulnerable minds from that virus.

So what portends for The Donald? Let me join Max in predicting what’s next for him, aside from a mountain of lawsuits. We say Trump will:

Remember when Nixon lost an election in California and told reporters “You won’t have Dick Nixon to kick around any more”? Well he rebounded, and kicked around his opponents with a vengeance. We must make sure that doesn’t happen again.

From Perfidy Press Pronouncements, a quasi-monthly newsletter, on January 9, 2021